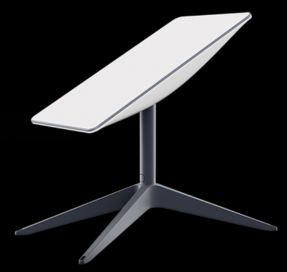 Starlink is the satellite internet service offered by Space-X, and offers a tier of service specifically for RVs. $135/mo (and a $600 receiver) gets you extremely fast unlimited internet in most places in the country.

The catch is that Starlink only works in remote areas. If you have a cell phone signal, you're probably not far away enough from civilization to get Starlink. Out west this is usually not a problem, but east of the Mississippi river there is usually too much population density for the service to be usable. See the coverage map here: https://www.starlink.com/map

The receiver1) is also fairly large (about the size of a pizza box) and takes a lot of power (50-100w continuous draw). It's a portable solution, but not a mobile solution. The receiver isn't designed for the sort of vibration and forces imparted when driving, so the majority of Starlink users keep the dish inside the van with them and only deploy it when they're stopped somewhere for an extended period of time. See one user's experience here: https://www.tuckstruck.net/truck-and-kit/geekery/starlink-for-overlanders/ 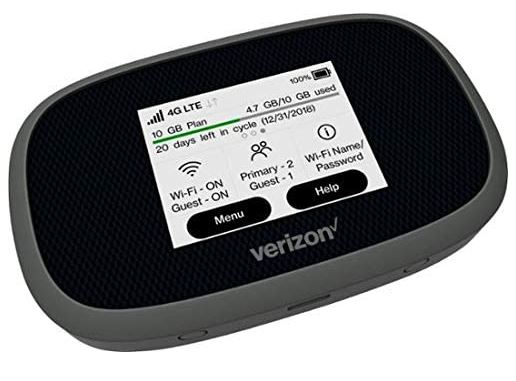 Cradlepoint dominates the professional end of the market. Their equipment is extremely durable, very powerful, and comes with a completely baller cloud-management interface. They also have full enterprise-grade support, which is a shell-shock for people who've never experienced what real tech support is like.

These are commonly used commercially to provide wifi or data in buses, trains, delivery vans, and are targeted to companies with hundreds of vehicles. Because of this they are a lot more expensive than consumers are accustomed to, and much more complicated to set up. They are intended to be deployed and managed by IT professionals, and to be used with roof-mounted antennas which can add complexity to a build.

If you have the budget and knowledge for it, the Cradlepoint IBR1700 is almost intentionally built for van life. It's ruggedized and designed to stand up to vehicle motion and vibration, and will run off of anything from 9-36v DC (it comes with a pigtail connector to wire into your battery system). It has a 4×4 MIMO cellular radio with the option to add a second, giving the ability to run two different SIM cards from two different providers and load-balance across them both at the same time. It also has three Wi-Fi radios (4×4 5GHz, 2×2 5GHz, and 2×2 2.4GHz), and supports a native “WiFi-as-WAN” functionality.

Unfortunately they are also very expensive, typically $1,500 for a single-radio setup and an additional $500 for the second radio. Their capabilities are unbeatable though.

“Pro-sumer” WiFi access points like Ubiquiti Nanostations can be configured as part of a relay system, typically when mounted outside the vehicle. This makes for maximum range but can reduce stealth. Antenna wire losses are eliminated because the antenna is inside the receiver, and the signal brought into the vehicle over ethernet7).