Note: in Canada and the northern states in the U.S., boondocking may refer to cross-country snowmobiling.

Public Land in Alberta breaks down in to 2 sub-categories – Agricultural Public Land and Recreational Public Land. With some small caveats, you can use either for camping…

In Ontario, crown land is most prominent in Northern Ontario, and scarcer in Southern Ontario due to densely populated urban centres.2)

Lands “north of the French and Mattawa Rivers” require the permit5); it is not clear if the permit is required to the south.

Crown lands are free for Canadians to use at a given location for up to 21 days6) in a calendar year7), after which they must relocate at least 100 meters. Failure to relocate can result in a fine up to $10,000.8),9): 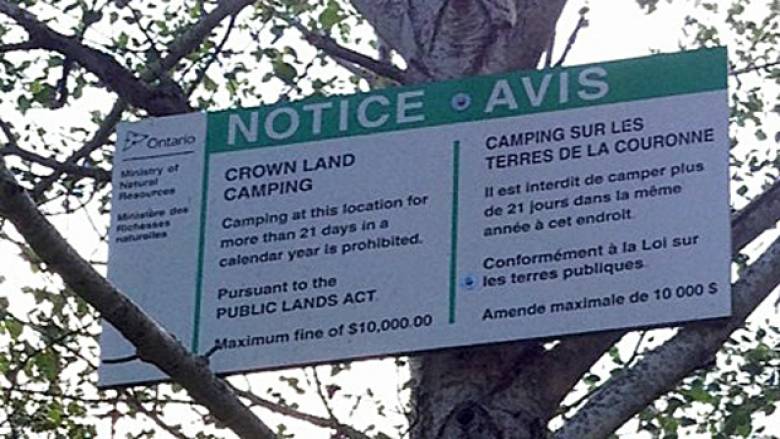