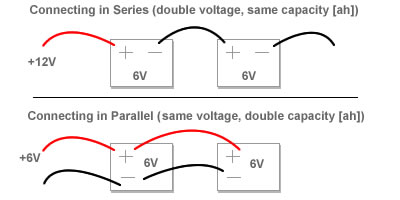 1)
more complicated arrangements are possible; see below
2)
a bank acts as a single unit, not as two separate batteries
electrical/12v/parallel_serial.txt · Last modified: 2022/07/10 14:33 by frater_secessus