Note: this section is presently US-centric. 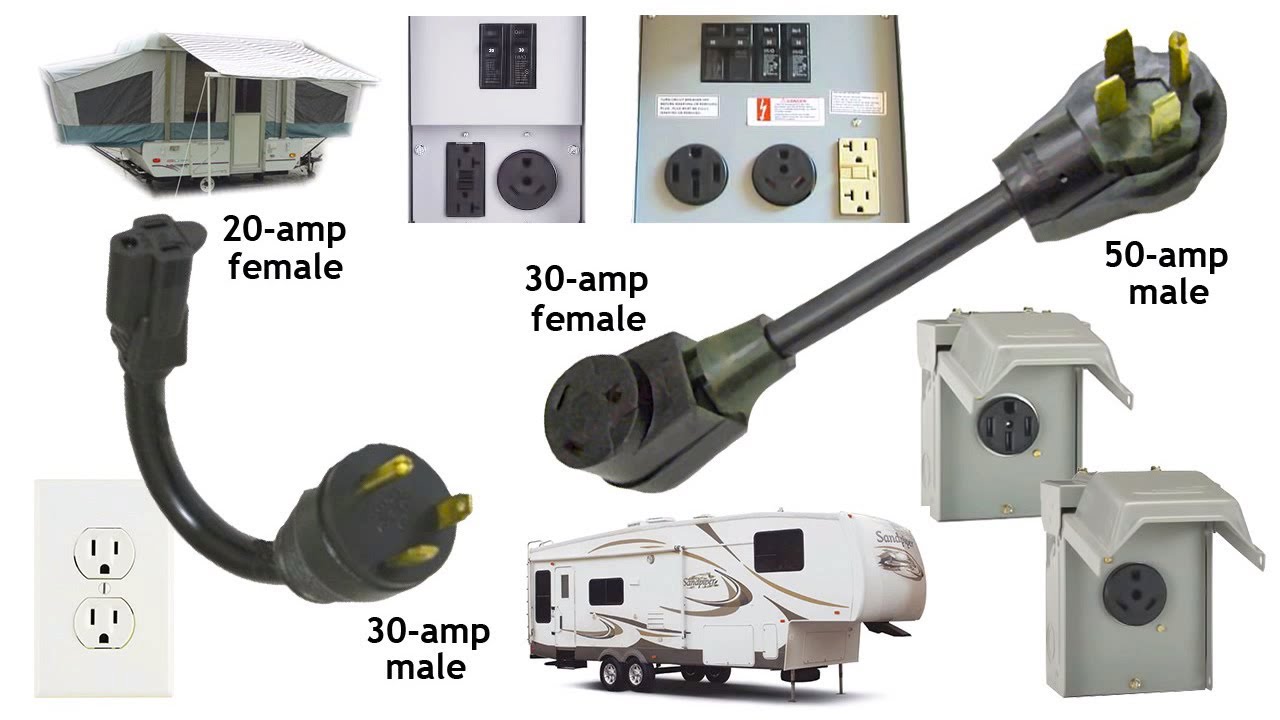 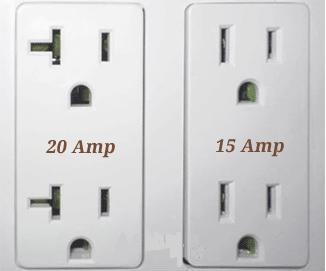 20A power receptacles are rated for 2400W5). They look like 15A outlets but the “hot” leg has an additional spur.6) This arrangement allows 15A plugs to go into 20A receptacles but prevents the heavier duty 20A plugs from being used in a less-powerful 15A circuit.7) Because of the backward-compatible 20A socket folks with 15A rigs can safely plug in at both 15A and 20A hookups.

Note: If “driveway surfing” on an extension cord, using a 10A circuit breaker on the RVs AC breaker box will prevent tripping a residential circuit breaker when the RVer might not have access to reset it. A 15A breaker might or might not, depending on whether the RV or residential breaker trips first.

if there’s a 20-amp circuit breaker and 12-gauge wire feeding a 15-amp outlet, it’s actually rated for 20-amps of current. There’s an exception in the code as well as UL allowing this, so don’t worry. If you’re on a 20-amp breaker with 12-gauge wiring, then you have a 20-amp circuit, even if it’s using a NEMA 5-15 outlet.8) 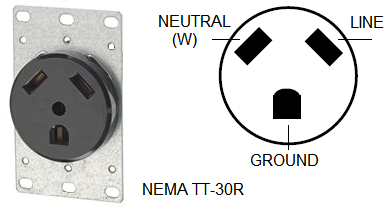 30A is the standard setup for small-to-medium RVs.9) It can supply 3600W,10) ypically sufficient to run an air conditioner and other items in the RV. The NEMA TT-30R plug is common. There is also a L5-30R twist-lock style.

If the 30A circuit on a 30A/50A pedestal is broken or malfunctioning the camper can use an adapter to get power from the 50A circuit.11) Note this may incur a price increase from the park. 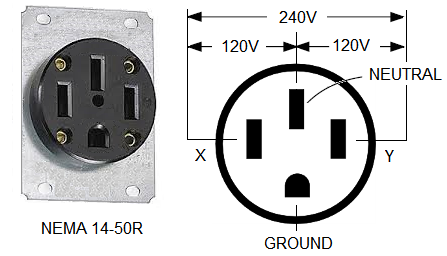 The constant-duty15) rating of each is 0.8 of the normal rating:

Before plugging into shore power the RVer may want to test the receptacle for “good ground, open circuits, reversed polarity and safe voltage.”16) Note that the tester reports conditions at the time of testing; it might tell you if voltage is too high right now but not protect the RV if the voltage spikes later on.