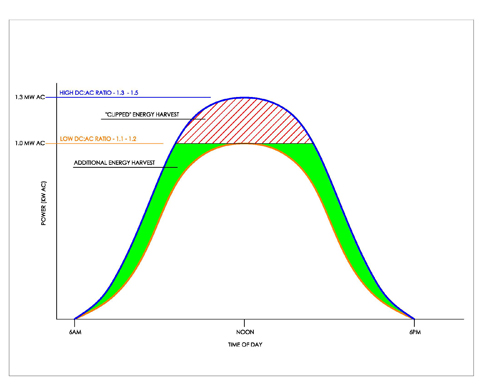 With appropriate overpaneling the clipping is relatively minor. Victron notes that: 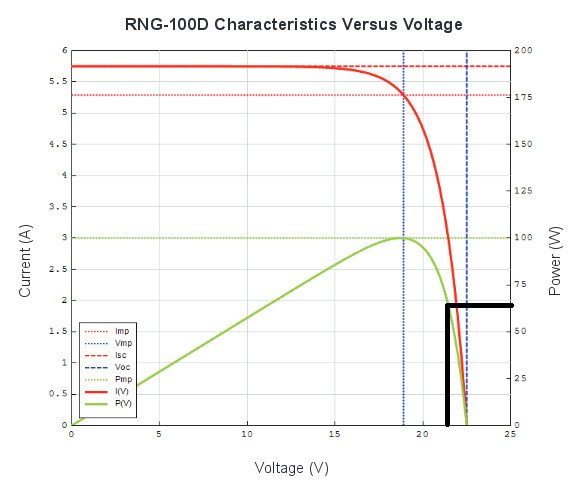 1)
http://www.cheaprvliving.com/forums/Thread-36-volt-solar-panel?pid=144154#pid144154
2)
sun overhead, clear sky, low temps
3)
The image is that of a different PV-related configuration but it works for our purposes.
4)
http://forum.solar-electric.com/discussion/comment/256896#Comment_256896
5)
non-optimal
6)
not addressing conversion losses here
7)
by pushing Vpanel beyond Vmax so power starts dropping
8)
added by secessus; not in the original graphic
9)
Yes, these are the power points the Maximum Power Point Tracking controller is in the business of tracking. Once it learns them it can vary panel voltage to select any power point along the curve. Now you have seen the Matrix and you will never be the same.

10)
also added by secessus
11)
It also crosses at ~11v but most MPPT downconvert rather than boost, so 11v is not useful.
12)
or runs loads
13)
http://www.cheaprvliving.com/forums/Thread-How-much-solar-do-I-need?pid=278438#pid278438
14)
faster/shorter Bulk charging stages - Absorption duration will not be affected
15)
like the desert southwest
electrical/solar/overpaneling.txt · Last modified: 2022/10/28 16:30 by frater_secessus