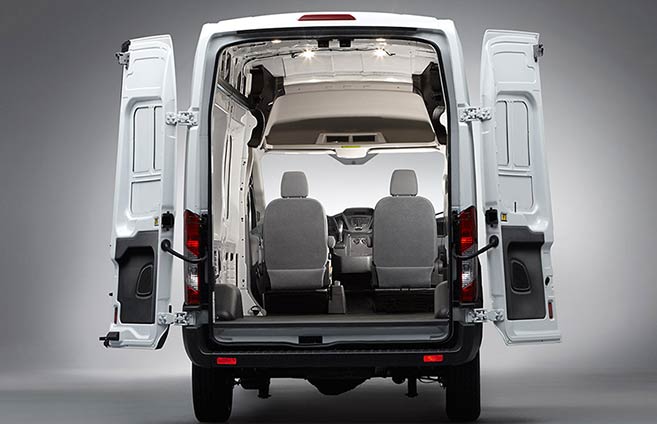 The Transit eurovan has been sold in the US since 2015 as a replacement for the Econoline series vans. It is currently the best-selling van in the US.1)

The stock van is RWD but can be ordered as 4WD from the factory.

The stock engine is a 3.7L Duratec, with 3.5L ecoboost and 5cyl diesels available.

The Transit's cargo area walls are noticeably straighter than the Sprinter but not as square as the Promaster. The width is about 69“2), tapering to about 62” just below the roof beams.3) Width between the wheel wells is 53.7“4). Measured from “skin to skin”5), a maximum width of 74” can be realized.6)

OEM backup camera is mounted low and in a rear door, limiting usefulness.7) It may be easiest to mount an aftermarket backup camera in the 3rd brakelight up high.

The airbox can collect water due to runoff from windshield gutter.

The brake pedal is ~2“ higher than the gas pedal. Owners report it feels weird at first but they get used to it.

Direct-injected engines like the EcoBoost 3.5 available in the Transit can experience carbon build-up on the intake valves. Although uncommon in normal use, it could be more common for vandwellers (see below) and requires removal of the head to address:

“The only Ford-approved course of action at this time is to replace the cylinder head, though he also said, “Manual cleaning with a brush and various carbon dissolving products has been used with great success on vehicles out of warranty.”9)

Fouling is worsened by running the engine at less than full temperature, which vandwellers may encounter when idling for long periods to charge from the alternator. Using known-quality fuels with minimal contaminants may help minimize the deposits.

The 2nd-generation 3.5 EcoBoost (not yet available in the Transit) addresses this issue by adding port injection to the direction injection:

The port fuel injection was partly added due to the fuel output needs on the 3.5L HO Raptor engine, but also has several benefits for the 3.5L EcoBoost. It will prevent buildup on the intake valves and keep them clean due to fuel passing over the valves. Under certain engine conditions such as low rpm and low loads the high-pressure fuel pump and direct injection system will turn off and the engine will only use the port fuel injection10)

The EcoBoost may shudder or enter limp mode in extremely humid conditions. 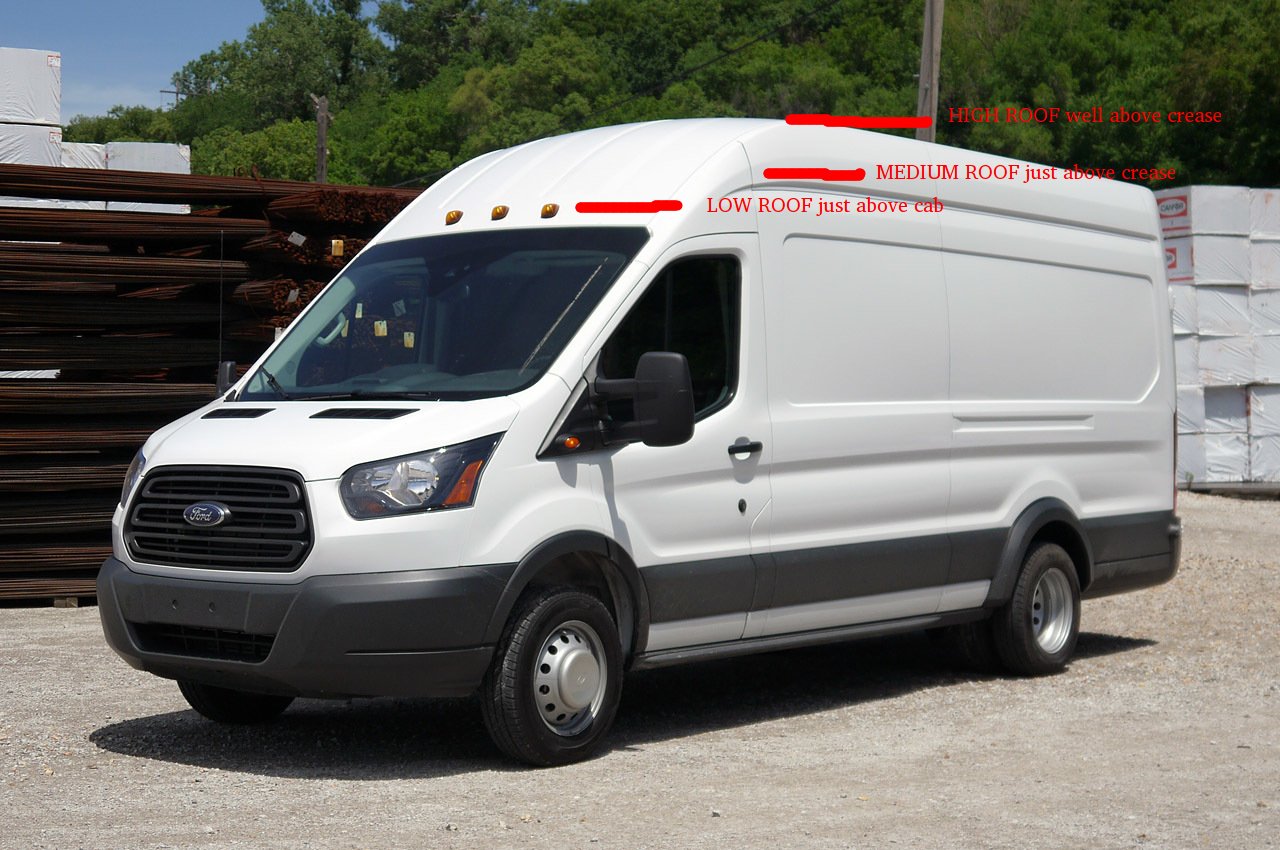 Low/Medium/High roof models can be identified by looking for the deep crease above the cab line. 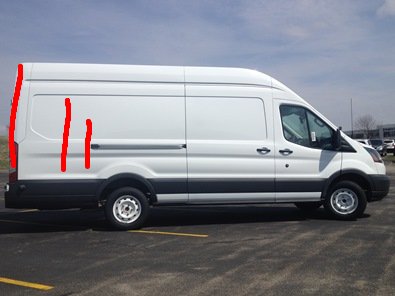 Wheelbase can be identified be the relationship of the track for the sliding door to the back of the van.