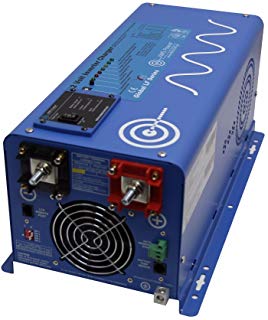 Note that motorized equipment like drills likely have greater current requirements for startup and for running. Be sure to measure both startup and running (see below). There are tricks you can use to minimize the start load, like starting a sewing machine at a low-load position13), or easing into the trigger of a variable-speed power tool.

The best way to understand how much your 120vac equipment needs during startup/running is to use a power monitor like the Kill A Watt. You may be pleased to find that some appliances run at much lower power than their labeling would suggest.14) It is rare to find a device that pulls more than the label states.

Kill A Watts may be available for loan from your public library15), and sometimes used at thrift stores.