Cooking and heating water with electricity off-grid is usually impractical but there are exceptions. In some cases the relatively large power loads can be used without affecting house battery1) state of charge:

In general DC power3) is used for warming or very slow cooking. Part of this is due to the limits of cigarette lighter outputs, typically 120w (10A x 12v). The “catch-22” is that most people don't drive their vehicle sufficient hours to do real cooking off DC.

Higher power is common with AC devices but one must have the power to run it, and to recharge the battery bank afterwards. 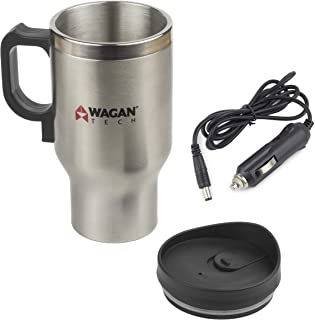 Instant Pots are becoming increasingly common as some vandweller power systems become beefier. While convenient, they are effectively electric pressure cookers + crockpots, both of which are much less demanding of power.5)

Note: instant pots typically require more power than most vehicle-dwellers have on tap, but it can be done if one understands the issues.

breaking the 10A barrier

If you wanted to extract more power from the alternator you could wire in an isolator (plain solenoid or VSR). Instead of feeding an auxilliary battery this isolator would be used to pull more current into the living area. You could run 12v loads directly, or attach an inverter's input wires to the isolator's outputs.7)